A look at Norwalk’s newest, most Pinterest-ready, subdivision 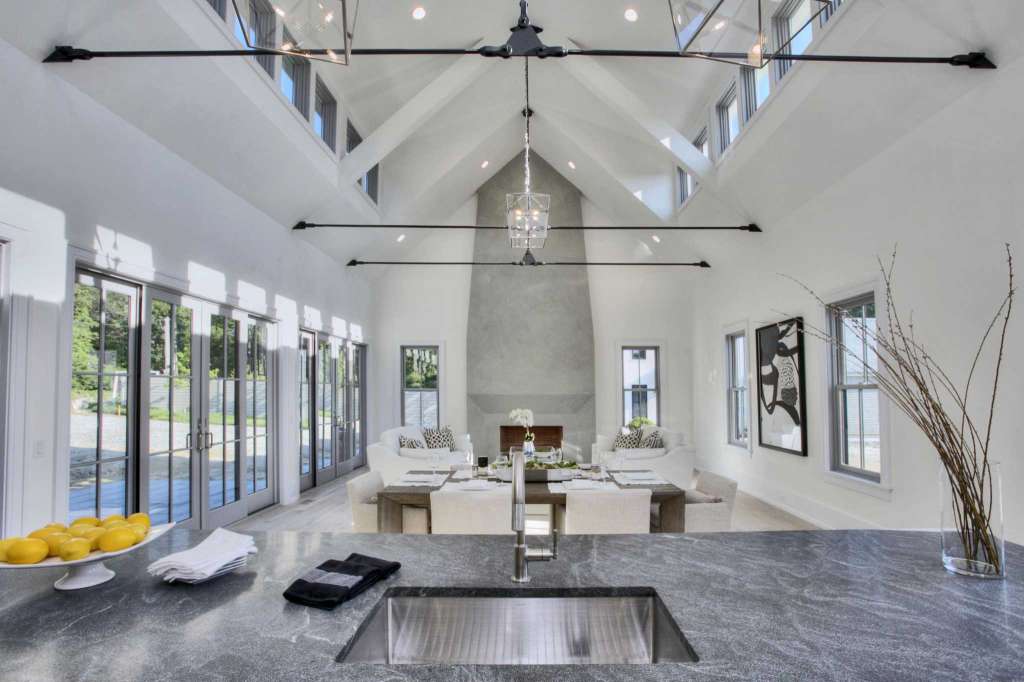 NORWALK — The details could have been lifted from a Pinterest inspiration board: There are vaulted ceilings, quartz counters and backsplashes of smoked mirrors. The dishwasher and fridge are built into the cabinetry and the inside of the oven is a royal blue. White oak floors are of “character grade,” embracing their knots and imperfections.

Denise Walsh, of William Raveis, noted the features as she walked through one of the homes in Norwalk’s newest subdivisions, Windover Common, on Wednesday afternoon.

“Right now the market, the buyers, are fixated on finishes, more so than ever,” she said. “And their choices are derived by what they see on Houzz, on Pinterest, other style websites.”

To cater to that need, the homes come with a finish-focused perk: a designer concierge service with Allie Wood Design Studio that helps pick out the color scheme and

fixtures that best suit your tastes.

“So part of what they’re paying for is that architectural expertise and the designer expertise,” Walsh said.

In the foyer of one of the saltboxes, she motioned at the walls, which were made of interlocking boards. “A lot of people will ask for this right up front,” she said. “They’ll come in and say they want the shiplap.” (Once the domain of barns and historic homes, shiplap rocketed in popularity after being heavily featured in the television show “Fixer Upper.”)

The architects were the local firm Beinfield Architecture, known for its ability to reference New England’s past, and these homes are prime examples. Four are built to resemble saltboxes, a colonial style of home with an asymmetrical sloping roof; the exteriors of these homes in Windover Common are made of rough-hewn wood. The other four have shingled sidings, just like the much older home across the street from the development, which has a plaque reading “Circa 1796.”

The subdivision is referred to in promotional materials as a modern hamlet, and eight homes are clustered around what is to become a “village green,” with the surrounding grounds containing meadows, a pond, and outdoor areas private to each home.

Two of the homes had offers their first day on the market, Walsh said; all but three have now been sold or reserved through a deposit (those that have been sold were around $1,350,000). Although an excavator and other machines were gathered where the green will go on Wednesday, one home is already occupied by the new owner.

Walsh believes the homes are in demand because they meet a need for relatively small luxury standalone homes.

On the first floor is an open living room and kitchen, with a separate butler’s kitchen to keep the mess out of sight while hosting. The master’s suite shares the first floor, a thoughtful touch that eases accessibility issues (it also has a shower that is flush with the floor).

The second floor opens up into a landing that functions as a gathering room, with a bedroom, bathroom, and walk-in closet in either wing. For additional storage, there is a third closet, which opens into extra space beneath the eaves, and a full basement.

The shingled homes have a slightly different floor plan — for one, the vaulted ceiling is in the bedroom, not the living room — but the same design service is available.