Weeks after selling off the massive Matrix Corporate Center in Danbury, the estate of a Long Island developer found a Greenwich buyer for a smaller office building on Connecticut Avenue in Norwalk.

A limited liability company controlled by Greenwich-based Hanover Real Estate Partners spent $16.5 million to acquire the five-story building at 535 Connecticut Ave., which serves as the headquarters for Crius Energy and with multiple other tenants having offices in the building including Belvoir, OperationsInc and UBM.

The transaction resulted in a conveyance tax payday of nearly $300,000 for the city of Norwalk and the state of Connecticut, according to Rick McQuaid, town clerk.

At last report under principals Kenneth Boyle and Reed Miller, Hanover Real Estate managed some 2.7 million square feet of real estate in 12 states, including a Hampton Inn & Suites near Mystic Aquarium in eastern Connecticut that had been the lone property it listed owning in its home state.

The building had been purchased in July 2014 for $13.5 million by Matrix Property Group, whose principal Glen Nelson died in December 2016 and which hired Avison Young to help it find a buyer for 535 Connecticut Ave. The city of Norwalk last appraised the property at $17.6 million.

Since Nelson’s death, Matrix has been shopping portions of its real estate portfolio, with Fairfield-based Summit Development reaching a deal last month to acquire the onetime Union Carbide headquarters in Danbury that totals 1.2 million square feet of space.

In 2016, the electricity and natural gas supplier Crius Energy chose 535 Connecticut Ave. as its new headquarters, relocating from downtown Stamford with $8 million in state assistance with the promise to more than double its local workforce to 435 people. OperationsInc had moved to the building from Stamford as well, four years earlier.

“We decided to (move) here … due to its location, which is close to the highways, tons of retail and most importantly to the cities where my employees live,” said OperationsInc CEO David Lewis in response to a Hearst Connecticut Media query. “Matrix has been a very challenging landlord. We are thrilled with the change of ownership and look forward to putting Matrix in our rearview mirror, and to working with Hanover as we enter the final year of our current lease.”

It is the second significant sale on the Route 1 corridor that feeds Connecticut Avenue into the Boston Post Road in Darien, with the newly renamed Darien Crossing acquired in July for $4.9 million by a joint venture of Norwalk-based Fletcher Development and Silver Heights Development of Westport. Known as Darien Green under former owner Normandy Real Estate Partners, the complex spans two buildings at 320-330 Boston Post Road.

The 535 Connecticut Ave. offices in Norwalk were built 30 years ago and total about 180,000 square feet, with 74 percent of the space leased, according to Avison Young. Prior tenants included the University of Phoenix, with the online college having used portions of the building as a southwestern Connecticut campus before closing the location in 2013.

Includes prior reporting by Chris Bosak. 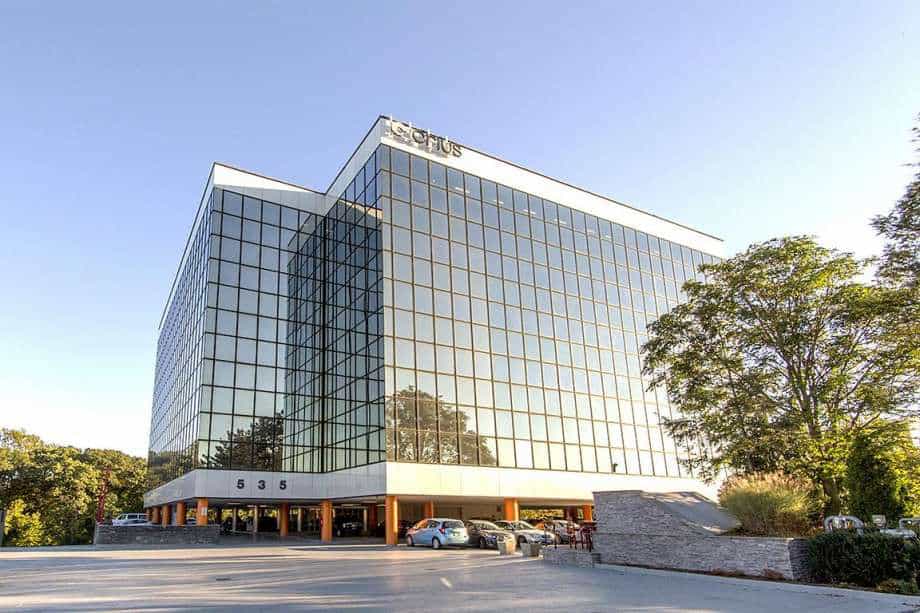